K-on was quite literally one of the first seasonal anime I watched. I remember spring of 2009 eagerly making a checklist of what was new that season. I started making friends both in the virtual world and in school that shared the same interest. While people were quick to pass on shows like Saki and the second season of Haruhi (if you know you know), K-on was a hit.

Week after week everyone took different things away from the slice of life show, though I can’t say it was near and dear to my heart. I liked Mugi but I wasn’t crazy about any of the girls in the show, nor did I identify as much as my friends did with any of the characters.

There was something about this show that brought everyone together, something I wouldn’t catch until my rewatch eleven years later.

K-on fills me with an inexplicable coziness. It’s something you don’t realize until it’s too late, when you’ve seen people come and go. You’ve moved on yourself- hopefully to a better place, away from the mundane school days and outings with friends you won’t realize are gone until years later.

END_OF_DOCUMENT_TOKEN_TO_BE_REPLACED 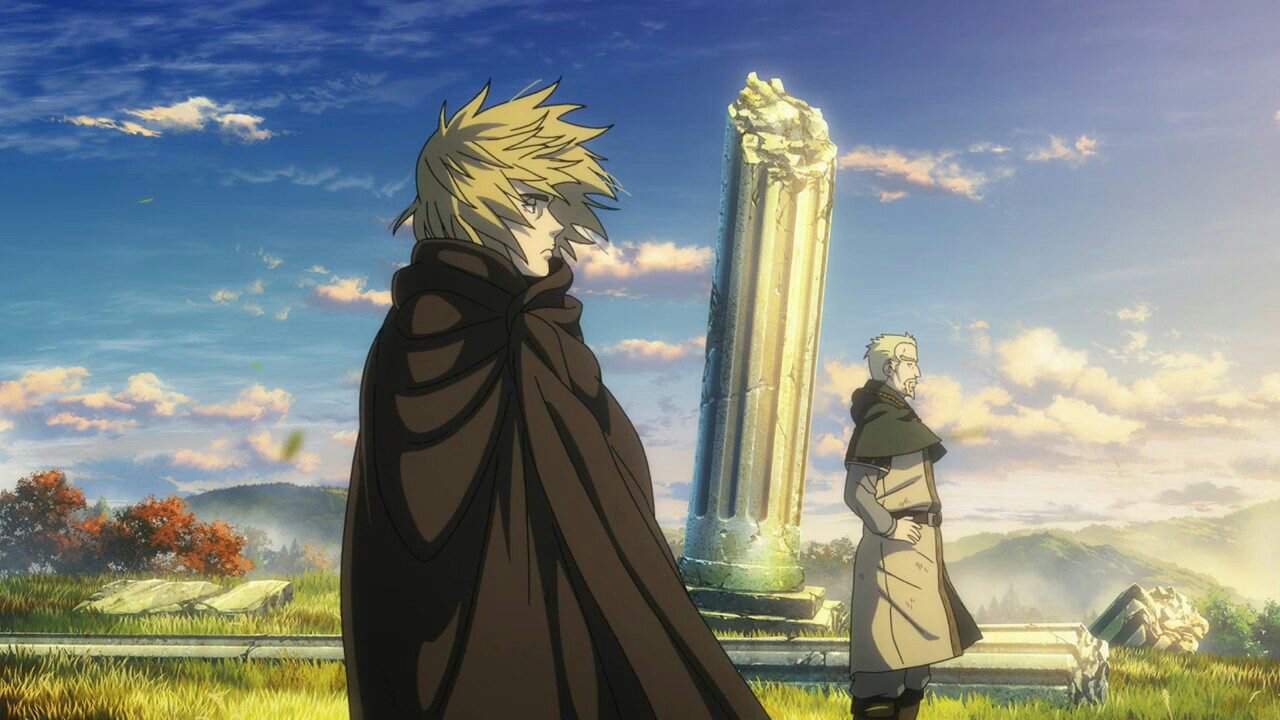 END_OF_DOCUMENT_TOKEN_TO_BE_REPLACED

Chaika the Coffin Princess (Hitsugi no Chaika) follows the adventures of Chaika Trabant trying to find scattered remains of her father since she wants to mourn him after the war he died in. She lacks a lot of her memories and fixates on the one that rings clear in her mind- find remains. Mourn father.

Despite the initially gloomy sounding premise, Chaika keeps her head up most of the time and carries around a gun in a huge coffin, befriending two saboteurs Tooru Acura and Akari Acura as they embark on this quest to reclaim his remains. Tooru and Akari’s loyalties initially lay in the payment Chaika provides, but they soon become more than just hired help.

Fantasy premise aside, the show slowly leads you into questioning about Chaika’s true intent without making her out to be a bad guy. How much can you trust someone who barely has any memories, who loses more of them when they use their magic after running out of fuel? It’s more than a case of unreliable narrator.

END_OF_DOCUMENT_TOKEN_TO_BE_REPLACED

After taking a break from writing as much about anime for a bit, I’m back! Besides, being stuck inside most of the time means I should definitely catch up on a few shows on my backlog, right?

I decided to do a split- a few new shows in addition to shows I vaguely remember from years ago. That’s right. We’re going way back today including a few good and bad things about each show. 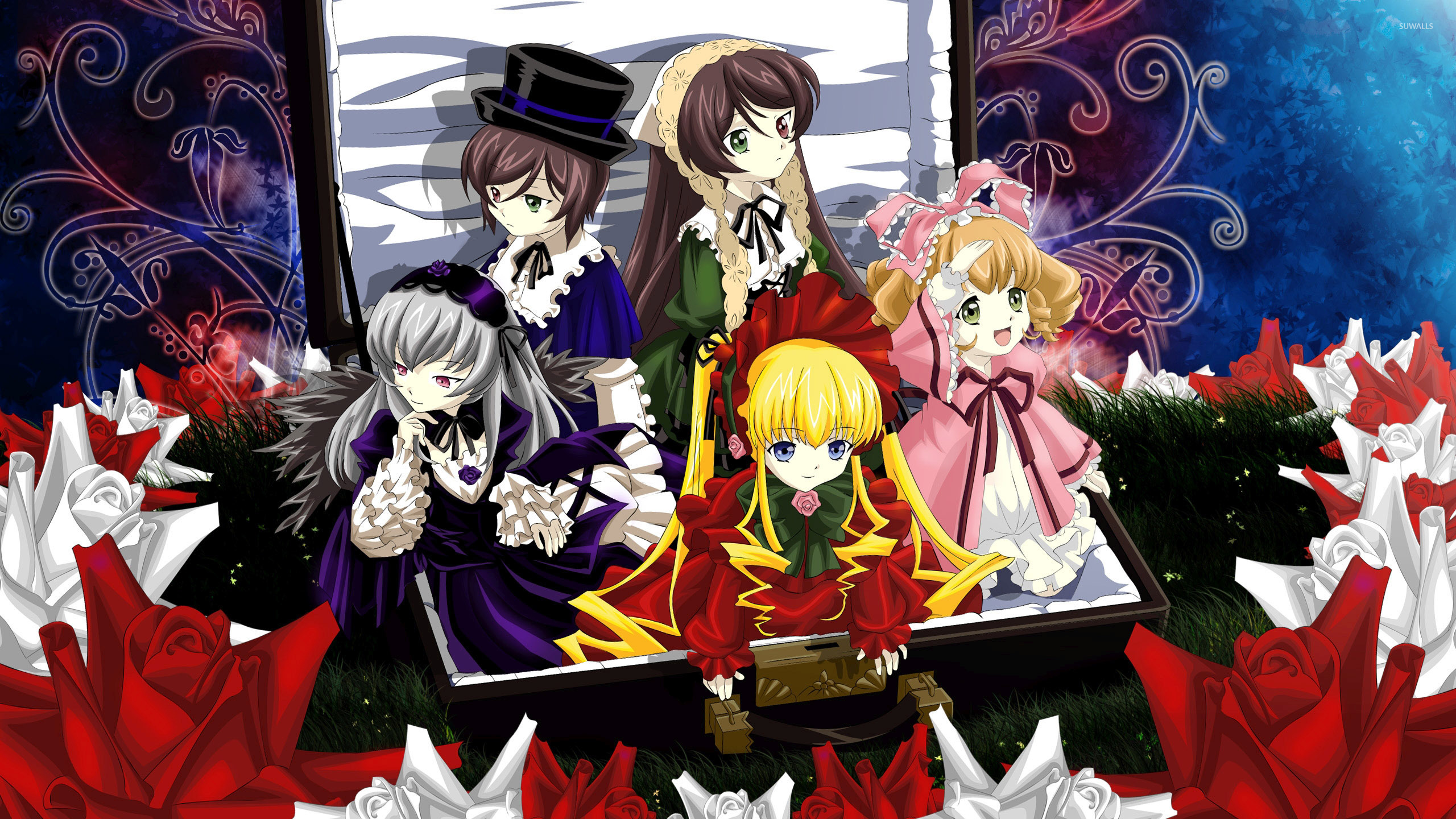 Rozen Maiden centers around a boy who doesn’t leave his house named Jun who ends up with a doll that comes to life after making a hobby of ordering random, possibly paranormal junk online and returning it for a laugh. He ends up with a doll named Shinku who is tied into a fight to become the ultimate (sentient) doll in a battle against six others dubbed the Alice Game.

One of the first things that got me into anime was the medium’s ability to tell unique stories. By this point in my life I had my fill of middle-school esque dystopian stories and vampire romances. Manga itself opened me up to different adventures, fantasies, and even psychological tales that my young mind was absolutely amazed by. I didn’t understand why it was so hard to find these “backwards books” as my mom called them since they had so many stories to tell. When I couldn’t find anything new I turned to an early internet to search for series to read online and discovered many of the stories I read had anime adaptations, Rozen Maiden being one of them.

END_OF_DOCUMENT_TOKEN_TO_BE_REPLACED

Rumors floated around in my friend circle about this show for a long time. SAO Alternative is different. It’s better than the original. I finally decided to give it a go.

Sword Art Online Alternative: Gun Gale Online follows Llenn (known as Karen Kohiruimaki in the real world) on her journey playing the titular game Gun Gale Online. Karen has a complex about being six feet tall in real life so she makes Llenn extremely short in game to cope. Not only does this help her deal with her issues, it gives Llenn a HUGE advantage in the game by having a tiny hitbox and above average agility. Karen begins her journey to get good at GGO and the rest is history. 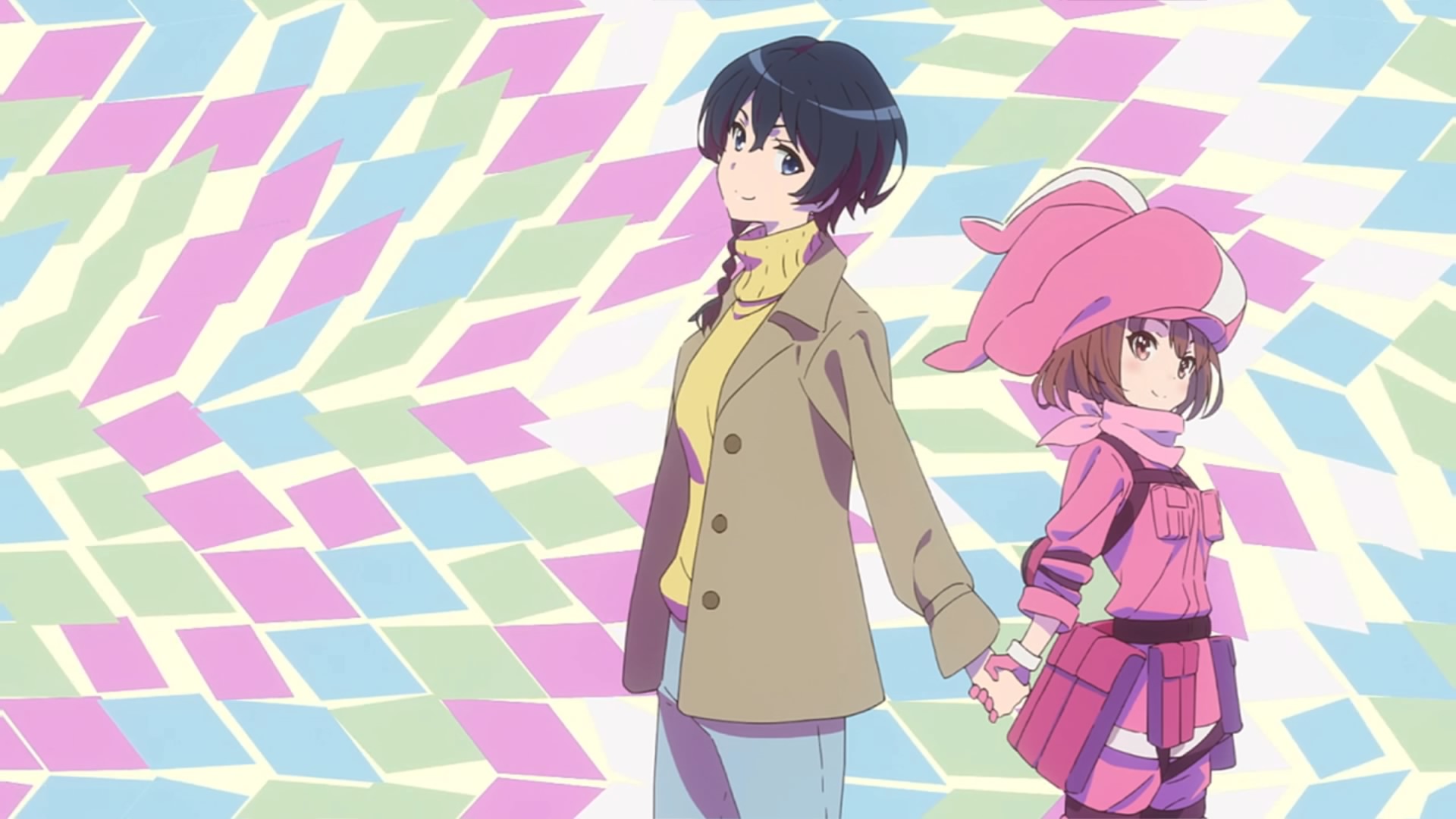 The truth is, I’m really here for Llenn’s character design. An all pink outfit and a hat with rabbit ears? Sign me up for GGO.

END_OF_DOCUMENT_TOKEN_TO_BE_REPLACED

Daydreaming is something most people do without paying much attention to it. Your mind wanders, you think about how much better things could be in your downtime. Besides, if you spend a majority of your day sitting behind a desk it’s only natural to think about how the grass is greener on the other side.

Chuunibyou demo Koi ga Shitai got me thinking about the spectrum of daydreams- while Yuuta might be over being the Dark Flame Master from his middle school days, his thoughts shift to another kind of daydream more grounded in reality. You know how it goes- you get a crush on someone, you think about running into them and having your romantic moment play out in your head.

END_OF_DOCUMENT_TOKEN_TO_BE_REPLACED

I put off watching Children of the Whales for the longest time. I even started the show twice before I could get with it. It was so pretty- the animation was soft, the pastel colors brought the entire thing to life.

Just mention a pretty, colorful show and I’m on it.

Children of the Whales follows the lives of the marked people of the Mud Whale, which pretty much means they die young but have cool powers akin to telekinesis (called Thymia). There are unmarked people who grow old, but there aren’t a ton of them so a majority of the population is made up of children. One of the unmarked is the mayor, and the rest of the unmarked form a council to make decisions for the society around them. The marked aren’t on the council since they don’t live that long, so the unmarked make choices for them having more experience. The ship they live on is called the Mud Whale which goes wherever it pleases in a sea of sand.

Now you might look at the summary and go “Wow, what a neat concept!.” Buckle up. This article includes plot spoilers, however this show is a tragedy so brace yourself.

END_OF_DOCUMENT_TOKEN_TO_BE_REPLACED

Cocona doesn’t have much going on with her life at the beginning of the Flip Flappers. She’s at a crossroads- she’s smart but doesn’t have her mind set on picking out a high school to go to like the rest of the kids her age. She has good grades but that doesn’t mean much when it comes to having a life outside of school. She asks others for their input- Yayaka, her best friend could care less about what school she goes to and Cocona’s own grandmother has no concrete answers.

Enter Papika after a chance encounter. Papika starts off as Cocona’s foil. She whisks her away to Pure Illusion without explaining anything about it. If she did, Cocona would most likely have called her crazy and went on her merry way. We wouldn’t have a show.

Cocona is hesitant. Her body language says it all upon their first meeting. She just wants to figure out what high school to go to and call it a day.

She’s horrified at the thought of going on an adventure. That’s not her thing (what is her thing?) When the two arrive in the snow-filled dream world, Cocona muses about knowing that she’s in a dream. Despite this she still keeps her serious attitude and negative outlook on the experience. While Papika laughs and flies around, Cocona builds a snowman in solidarity and the single time she laughs, she coughs and puts her serious face back on.

END_OF_DOCUMENT_TOKEN_TO_BE_REPLACED

Last night I sat down with a clear vision in my mind- I would retype one of my old novels, edit it, and let it loose upon this bitch of an earth.

This of course is far from what happened. I opened a fresh word document and before I knew it, I was five thousand words deep in the shoes of a character I had known since my childhood. She was visiting her home town before losing her keys at the hardware store which turned into a massive hunt for a bright red lanyard and some keychains that were too nostalgic to be replaced. Her friends back home had a bit too much catching up to do, and her trip back kept getting delayed until she had to take matters into her own hands.

As I sit here with ten thousand words typed, I wonder where all of my energy came from. If I could turn out about twenty pages every twelve hours, why would I even bother doing anything else?